Some tests interact with test's server (eeo.one), so credentials are provided at runtime.

There is also tiny changes to the normal class of eDrive to help making this tests to work:

Test environment To run tests, there is two method:

If Java jdk 8 isn't the default jdk: For method 1:

For method 2 : Add -Dorg.gradle.java.home=/usr/lib/jvm/java-8-openjdk-amd64 to the command path.

The full command is then: ./gradlew test -Dorg.gradle.java.home=/usr/lib/jvm/java-8-openjdk-amd64 Your path to jdk 8 may be different than this one

In all case, for many tests that interact with server, you'll need account's credentials. Some credentials are available on Gitlab by using CI's secret variable or your local environment by creating a local.properties file like below one at the root of the project:

This file must NOT be checked into Version Control Systems, as it contains information specific to your local configuration.

Automatic execution of tests (without emulator/real device) before to build

nothing at the moment 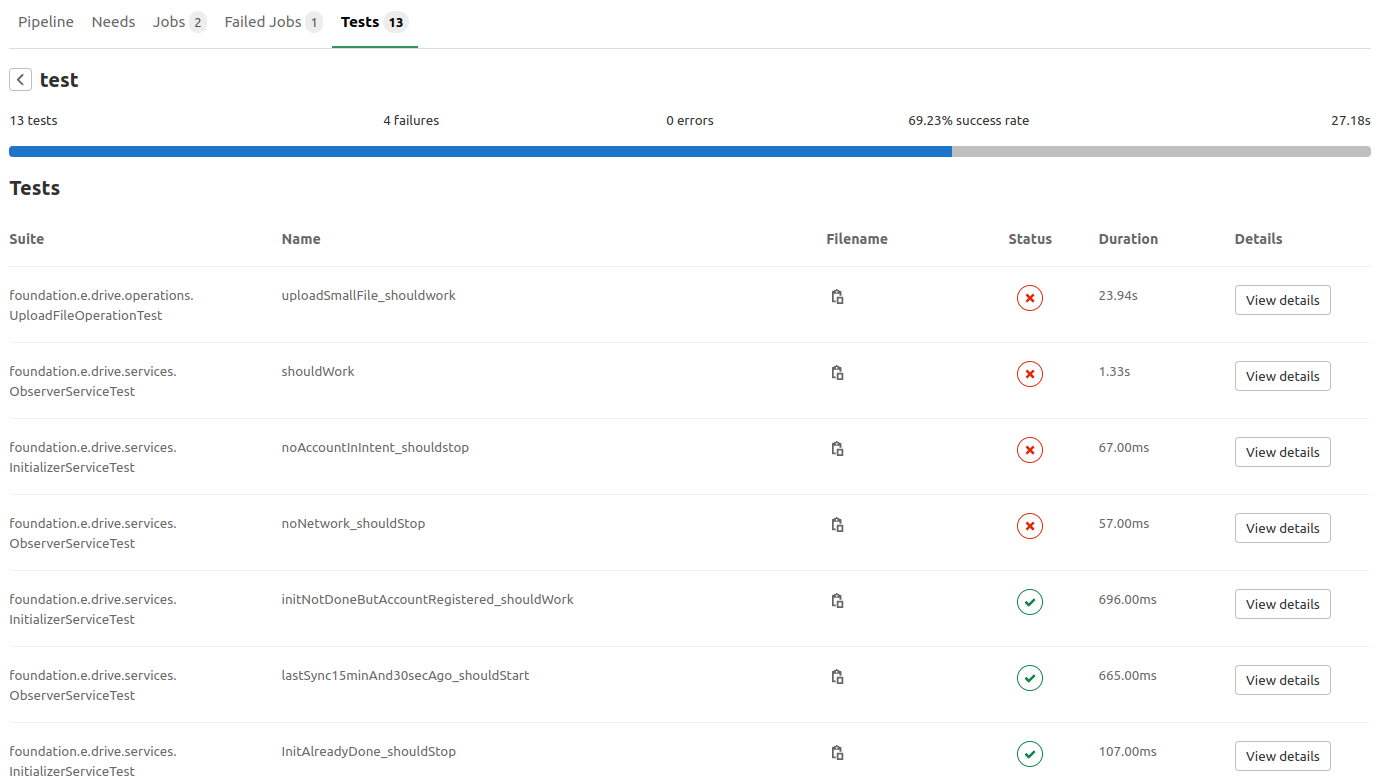