I followed the installation guide at Install /e/ on a Fairphone FP4 with Ubuntu 20.04 LTS. The installation went fine and the OS looks good when starting it in unlocked mode. BUT, when I want to lock the device/ boot loader again, I get some problems.

I did the following to lock the device (as described in the install guide):

Outcome: The phone reboots, into /e/OS.

Step 2: Back in the boot loader menu, I used fastboot flashing lock. Outcome: The device is rebooting, but the message is displayed, that the device is corrupted and cannot be boot. At that point I am stuck in some kind of boot loader loop. I cannot shut down the phone (except by removing the battery) and I cannot boot the OS. It will always come back to the boot loader screen.

That the phones boot normally after lock the boot loader again.

Very similar problem seems to be with the image IMG-e-0.21-r-20220123158735-stable-FP4.zip. See in the forum for for more information's: https://community.e.foundation/t/fp4-device-corrupted-and-wont-boot-in-locked-mode-after-fresh-e-os-install/39425

Relevant screenshots If you lock the boot loader as described: 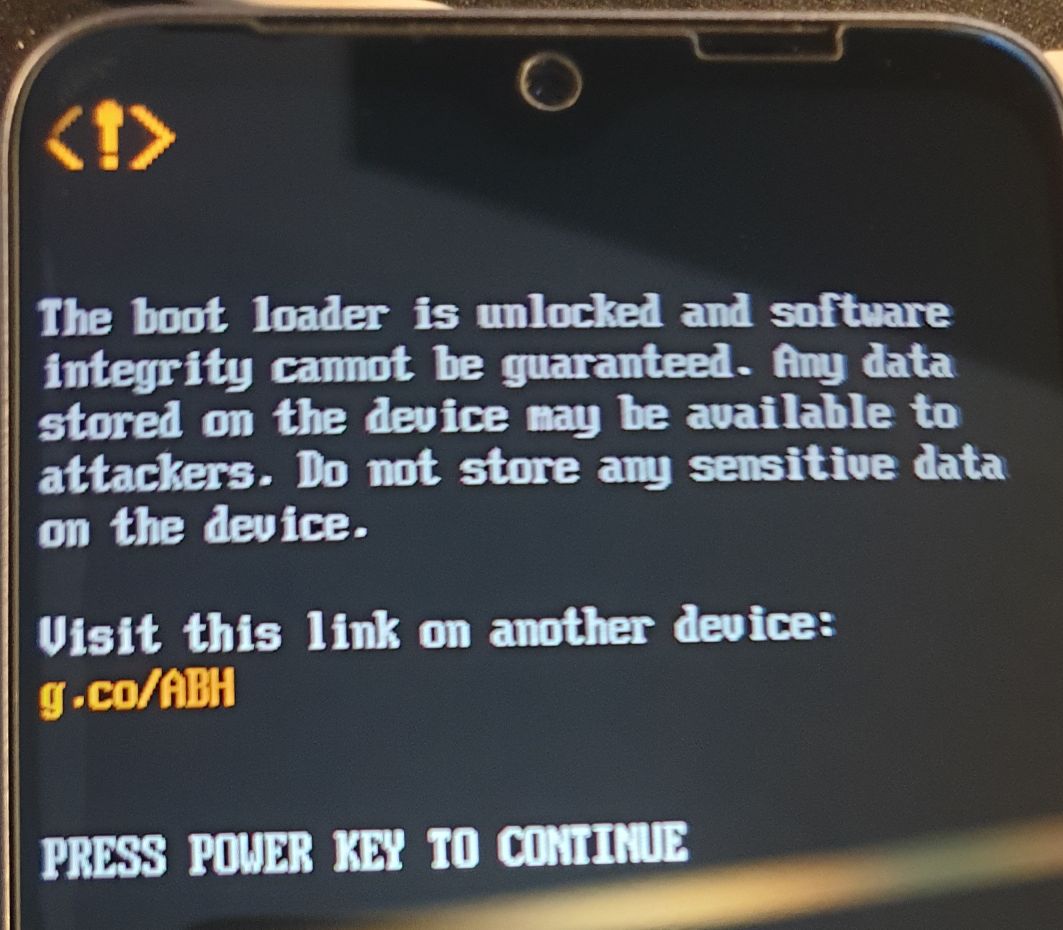 Don't lock the boot loader, that you can use the phone. But you have to "press power key to continue" boot.