It seemed that my Install /e/ on Motorola Moto G 2015 - "osprey" was going well, up until the very last point. 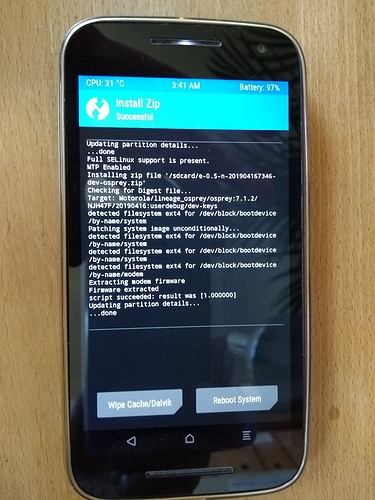 Then I click Reboot System (either with or without first clicking Wipe Cashe/Dalvik). The result is the standard motorola warning: 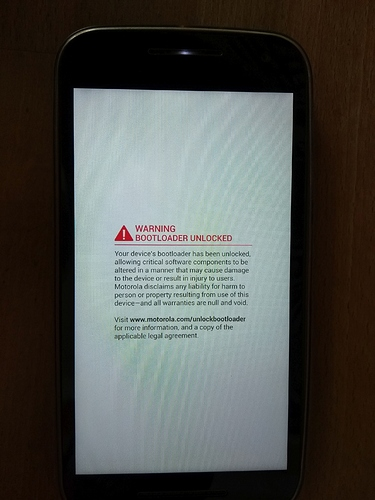 I expected to see the /e/ startup screen and startup sequence happening.

I tried this several times, always with the same result.

Another minor issue: Sideloading the ROM.zip does not work: on the PC, it runs until 47%, then breaks off. Tried this several times. So instead I have copied the ROM.zip to a SDcard, then copied from there to the phone, internal folder "/sdcard", right under /TWRP.