When Yalp and/or F-Droid are installed, they show updates to apps that are system apps in /e/ such as QKSMS, Tasks, Telegram and (Fake) Google Play Store. They cannot be updated. As such, this behaviour makes perfectly sense, and it is not a bug, but it is likely to cause trouble to less expertienced users. I believe many people will install Yalp to access already paid apps, therefore it would be good that /e/s system apps do not appear as upgradable in Yalp and F-Droid to avoid confusion. Especially with regards to the (Fake) Google Play Store this will be important as users might not understand why Google Play Store should be updated on a Gxxxle-free system.

Ideally, system relevant apps are not shown displayed for update, neither in Yalp, F-Droid nor similar apps. 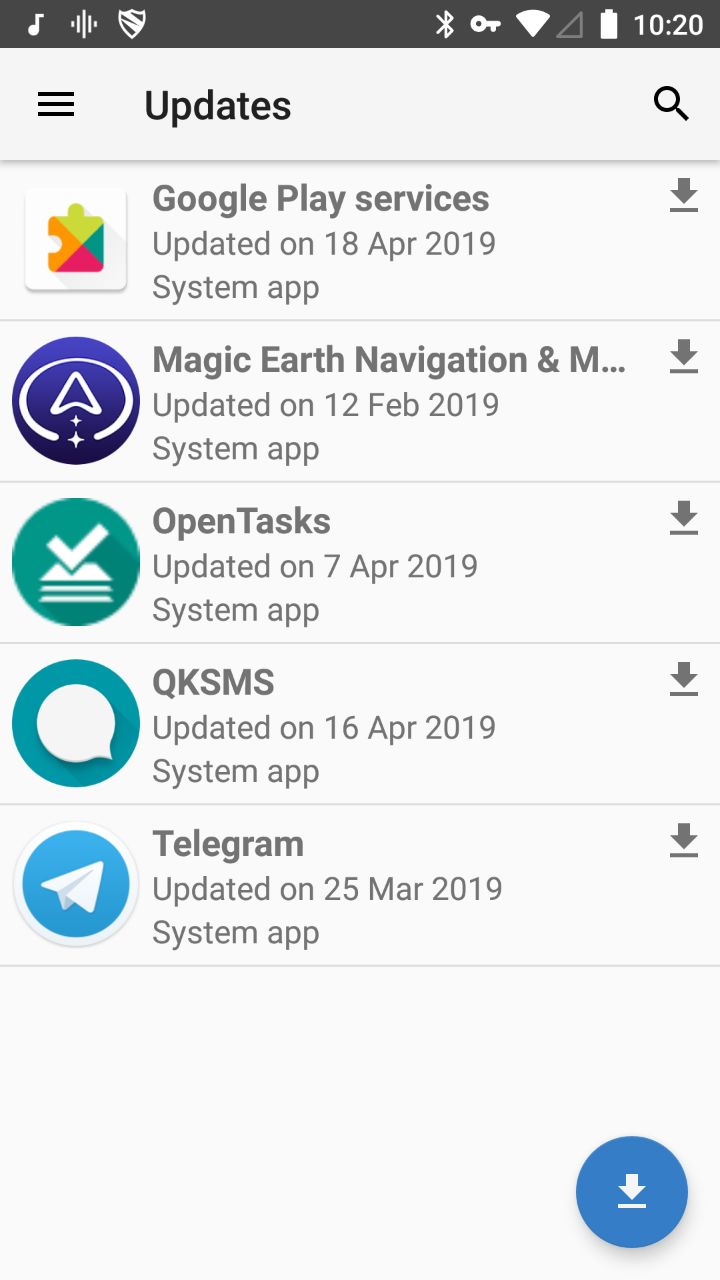 (If you can, link to the line of code that might be the cause for this problem)

The one place for your designs

To enable design management, you'll need to meet the requirements. If you need help, reach out to our support team for assistance.