When the phone reboots after updating, the e/ logo with the bouncing point shows and stays for some minutes, and after that the phone restarts in recovery mode.

I expect the phone to start normally. 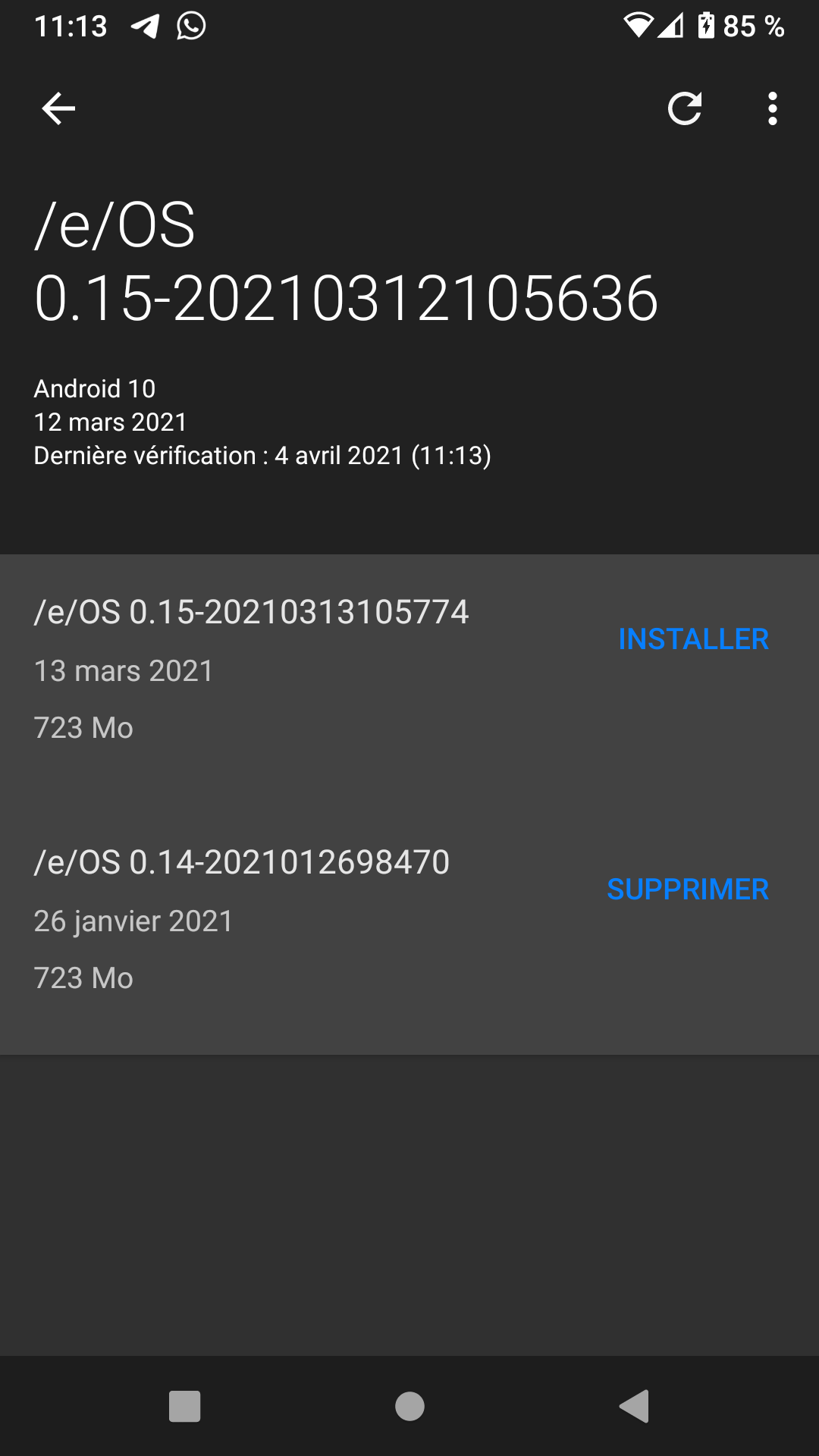 Not performing the update :(