"Can not uninstall this app": duplicated, strange app-icons

Twice on my usetime of /e/OS, first for TWRP installed via Aurora Store and secondly with Element 1.0.5 via F-Droid, happened that an app has a duplicated icon which has not the expected icon, but an default-android icon (image below) and it's not possible to remove that second icon: this message appears: Can not uninstall this app

A duplicated, strange icon is created with the same name as the app. But that duplicate can't be uninstalled.

1- That duplicated icon should not appear. 2- If appeared, it should be able to remove it. 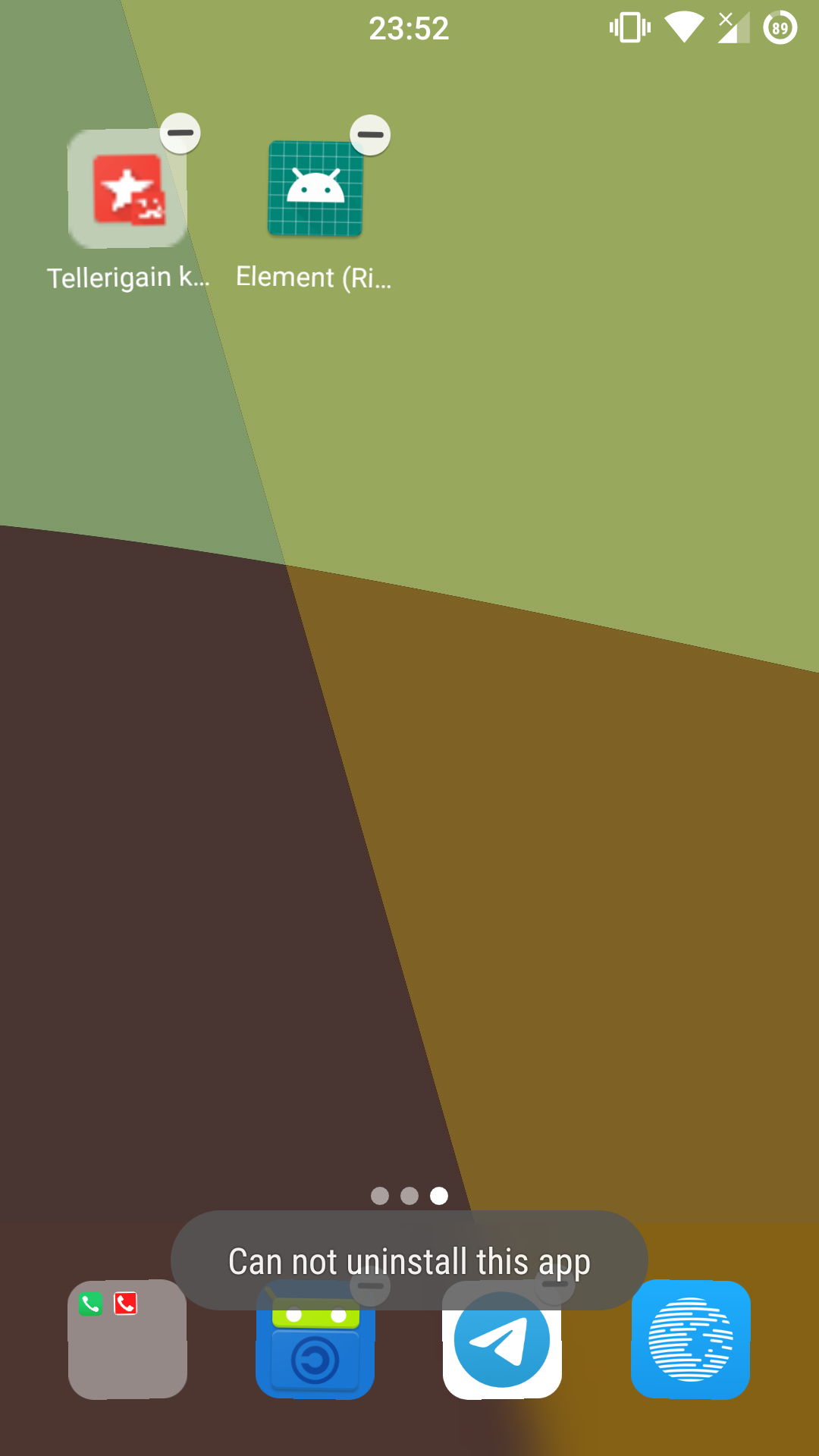 The problem could be about some data stored on Bliss Launcher.